The beautiful town of Calpe is located on the northern coastline of the province of Alicante. With a population of under 30,000 it maintains its enviable artistic, cultural and historical secrets which are well worth a closer look.

Villa rental on this section of the Costa Blanca is the best option for those wishing to discover the beauty of this unrivalled setting.

Calpe traditionally had a down-to-earth, farming population, although over recent years it has become one of the unquestionable gems of the Valencia region. This now makes it a tourist destination full of attractions for any potential visitors. The chance to spend a few days here is the best option to soak up the local charms, making a villa rental in Calpe, whether with friends, as a couple or with the family, the ideal opportunity to fall in love with all the features, both big and small, which make the town unique.

The streets of Calpe retain the essence of Roman and Moorish architecture, while also harbouring signs of much more ancient history. Traces of human settlements dating back to the Bronze Age, illustrating the wealth of history in this enchanting region.

Calpe is home to such beautiful sites as Las Salinas, the salt flats which are of huge importance because of their role in the local economy, along with the Roman walls which surrounded the town, known as La Forat del Mar. There are also fine, sandy beaches, such asPuerto Blanco and Arenal-Bol, as well as such coves as the Cala del Mallorquín , and other less visited hideaways which nonetheless boast incalculable beauty, including Gasparet, which can only be reached by sea, and is a particularly popular spot for fishing and diving. One need go no further than to recount that Ernest Hemingway himself, back in the 1930s, enjoyed all its charms, describing Calpe as a piece of heaven on earth .

The options offered by the countryside around Calpe include such historic sites as the Castle Fortress, built in the 16th century to protect the town from Corsair attacks, the Casa Nova, a traditional fortified manor house of great architectural and historic interest, dating from the late 17th century, the Old Church, built in the Mudéjar-Gothic style, the only one of its kind in the Valencia region, along with a host of other landmarks and sites of interest.

If Hemingway came back to life he would undoubtedly opt for a villa rental in Calpe where he could, once again, fall in love with this idyllic setting on the shores of the Mediterranean. 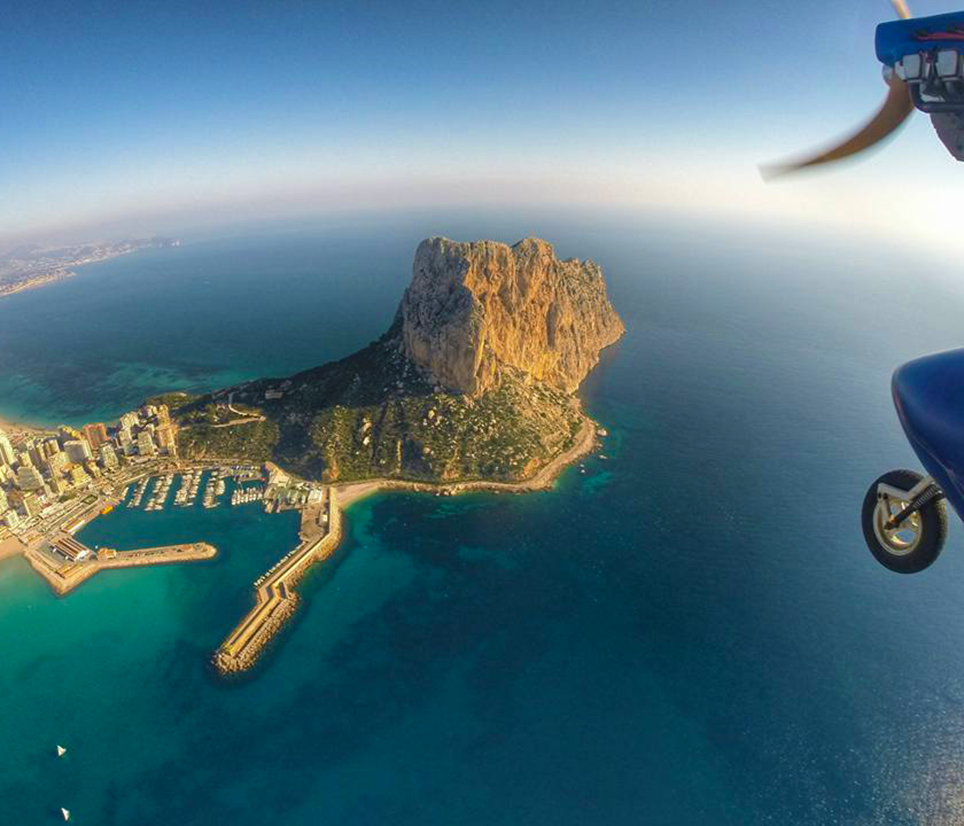